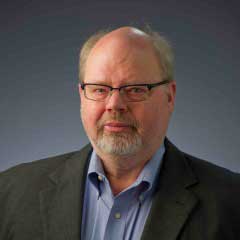 Crafton held the first endowed professorship in film studies at the University of Notre Dame. The Jean Vigo Institute (France) and the International Animation Festival in Zagreb (Croatia) have recognized his work in animation history and theory. In 2001, the Academy of Motion Picture Arts and Sciences named him an inaugural Academy Film Scholar. Recently he was a John Simon Guggenheim Memorial Foundation fellow.

Donald Crafton is the author of books on early French filmmaker Emile Cohl, on the transition from silent cinema to the talkies, and two landmark monographs on animation: Before Mickey: The Animated Film, 1898-1928, and Shadow of a Mouse: Performance, Belief, and World-Making in Animation. The Society for Cinema and Media Studies, when conferring the Anne Friedberg Award of Distinction for Innovative Scholarship on Shadow of a Mouse, stated, “This study takes us on a deep and provocative journey through cinematic animation through the concept of ‘animation performativity.’ Blending insights from film theory, film history, and performance studies, Crafton opens up intriguing new perspectives on animation (particularly the 1930s work of the Disney studio) and interrogates issues of audiovisual style, embodiment, affect, politics, and production. Written in probing, thorough, and consistently witty prose, this book will transform the study of animation, and offers substantial theoretical challenges to media studies more broadly.”

He is co-editor of The Moving Image, the journal of the Association of Moving Image Archivists.

Donald Crafton retired in December 2016, yet continues to pursue his many interests in and around film history.