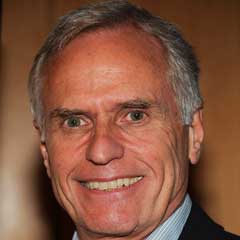 Grover Crisp currently manages all facets of the asset protection, restoration, preservation and digital re-mastering program for the Columbia Pictures and TriStar Pictures feature film and television libraries for Sony Pictures Entertainment, where he serves in the capacity of Executive Vice President.

He has worked in the motion picture and television industry for over 35 years, and since 1984 for the Columbia/Sony Pictures Entertainment studios.

The scope of work within his department ranges from designing, implementing and overseeing asset protection and preservation policies for film, tape and digital assets, to conversion of the studio’s nitrate-based titles to safety film, to restoration of 1950’s stereo soundtracks, to the application of new digital technologies for film restoration and preservation, to the digital re-mastering of the studio’s library titles into High Definition, 2K and 4K formats. He has been a proponent of involving the filmmaker in the restoration process, having worked with cinematographers such as Conrad L. Hall, Laszlo Kovacs, Jack Cardiff, Allen Daviau, Caleb Deschanel, John Bailey and Vilmos Zsigmond, and directors such as Martin Scorsese, Peter Bogdanovich, Alan Parker, Terry Gilliam and Dennis Hopper, and special effects legend Ray Harryhausen on his great fantasy films. Some titles restored include Easy Rider, Dr. Strangelove, Funny Girl, In Cold Blood, Five Easy Pieces, The Last Picture Show, The Bridge on the River Kwai, Anatomy of a Murder, Lawrence of Arabia, Taxi Driver, The Guns of Navarone, On the Waterfront, From Here to Eternity, In A Lonely Place, La Verite, Shampoo, Mr. Smith Goes to Washington, The Passenger and Major Dundee. Concurrent with this work is the asset management and preservation of all new film, tape and digital assets for current feature films and television programs produced by the studio.

Crisp has presented or coordinated technical seminars and symposia about film preservation and restoration at educational institutions and film conferences in the United States and Europe. Additionally, he directed the activities of the Sony Pictures Film Preservation Committee from its inception in 1990, a committee concerned with common issues of film restoration and preservation, and whose members included the UCLA Film and Television Archive, Museum of Modern Art, George Eastman House, Library of Congress, and the Academy Film Archive of the Academy of Motion Picture Arts and Sciences. For many years, Crisp worked with these five major film archives to jointly supervise the restoration of many Columbia Pictures films, from the silent Frank Capra film, The Matinee Idol, to films such as Born Yesterday, All the King’s Men, Oliver! and The Lion in Winter.